The SNES Classic Edition Has Been Announced & Dated.

Last year it was almost impossible to get your hands on the NES classic, especially around Christmas time. They were literally sold out world wide and there was a huge shortage in supply. This year you may be in luck with the release of the SNES classic edition and Nintendo have mentioned “significantly more” units to be manufactured. 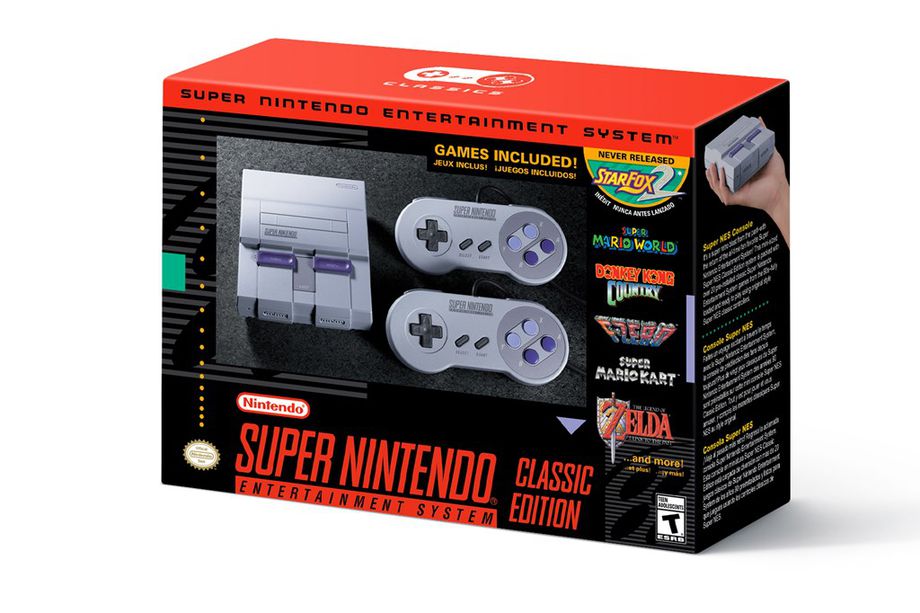 As the NES classic was a huge success, but has now been discontinued. Nintendo have announced the SNES classic which it plans to launch on September 29th in the US and Europe. We can assume Canada has the same release date, but it has yet to be confirmed. You can get the console for 79.99USD and this is another assumption but I’m guessing around $100 CAD for the item.

The super Nintendo classic edition features some huge game titles which are included within a total of 21 games for the classic gaming system. It also includes the unreleased Star Fox 2 that everyone has been waiting for.

Here is a complete list of the games you’ll get.

It’s also worth mentioning that with this unit you’ll receive 2 controllers as oppose to 1 with the previous system. It also features a HDMI output and is in a smaller form factor than it’s predecessor. Image below.

Stay in the loop with our weekly newsletter